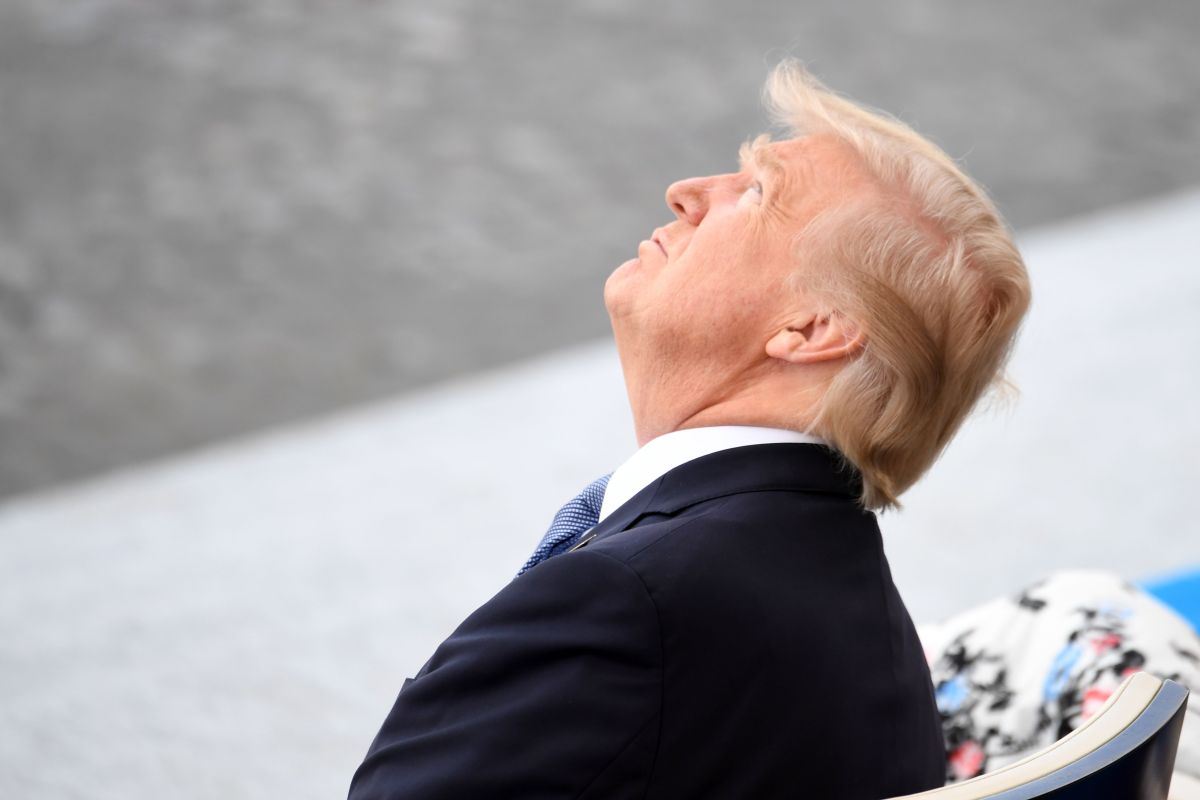 Before you start reading this post, you ought to know that I watch politics as I’d watch “Spitting Image”, a satirical bbc television show on air during the 1980s and 1990s, a show full of puppets displaying a lot of exaggerated qualities and flaws !

Even though I’m not interested in politics and I don’t know mr Potus personally, even though you would think we have nothing in common, there are definitely some simularities between us ! 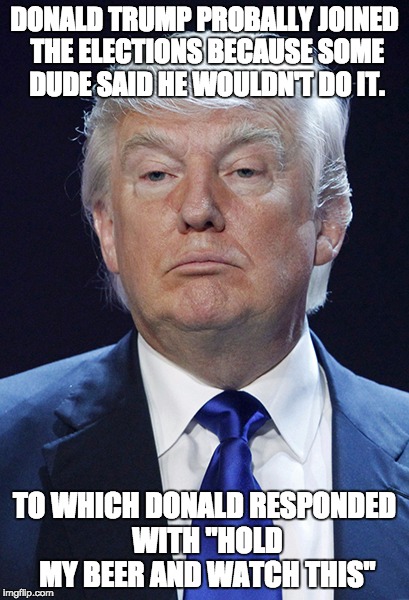 Me too, I like to be challenged ! We started our journey simultaneously in November 2016, Trump got elected president and I started my new endeavour !

I remember that day very well, the televison was on, showing the final updates of the American elections. Then the news came in : “Mr Trump is president of the United States !” As I watched politicians globally react on the news, I started laughing uncontrollably. Some turned pale, others green or blue, some nearly fainted, collapsed or simply started to evaporate ! All were thinking, “That’s it, I’m dead, game over !”

Yeah, we both got people questionning us, wondering if we were capable of accomplishing “something” in our new position, asking if we really would be able to make a positive change and “Make things great again !” Trust us, we are not politicians !!!

We are starbeings !!! We don’t have hidden agendas and egotistical needs. We just expose injustices and cruel deeds ! We are not able to spread lies ! We tell it like it is !
Allthough we do not literally blow up stuff, we come with this fire that makes all ugliness rise to the surface ! That’s the reason why these evil structures tremble in our presence…We scare the shit out of them !

It’s absolutely no coincidence that I chose an elephant as logo on the Dutch website. Sometimes Mr. Trump and I we are like the elephants in the China store, in our attempts to control our power, we accidently destroy things on our way out.. My partner calls me Storm, he feels when I’m up to something. “Whooops, Did I do that ?”

There is no looking back for us, we think positive : we are making room for the new to come !

Some thought we were frauds, so we both got attacked and ridiculised by the masses. Guess what ? We’re still alive and kicking, shaking things up ! We are not afraid of death ; we accept it as an integral part of life…Live free or die trying !

We are also able to communicate without words and can’t hide our feelings at all ! Have you ever muted your television while watching Mr. Trump speaking ? When my partner shouts at me from the kitchen, asking me what he was telling, I’m able to translate his words perfectly. “What he thinks about it ? He says it’s complete bullshit. No, he doesn’t agree with that one. Next question ! That’s a clear “No” Liars !!!

We are empaths and able to seperate the fake from the real. The masks fall off when we are around. I adore his facial expressions and his bodily gestures. He would make an excellent example for drama students. “Act disappointed Jennifer !” Disappointed I said ! Didn’t you read Trump, chapter 4 on emotions ?”

We are also exquisitely skilled in what we are doing and are transparent in our messages. Didn’t Einstein say that if you can’t explain it to a 6-year old, you probably don’t understand it yourself ? Well ask any toddler in Belgium what Mr. Trump wants : “Duh, are you stupid or what ! He wants his wall and he wants her locked up !

We both know what’s important for ALL, in order to build a solid structure we need to begin at the base and teach humanity some basic construction skills again. I suggest you start to learn some new material aswell, I refer to https://www.qanonposts.io/

I can only applaud him for putting on such a great show ! I’m also curious what he still has in store for us !

Mr Trump, you are right, we should calm down and enjoy the ride.